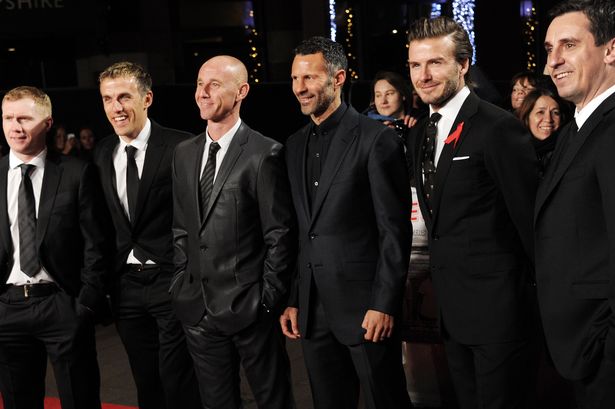 The odds of Salford City reaching the Premier League have been slashed in response to the news of David Beckham taking a 10% stake in the club, according to bookie SportNation.bet.

The crash from 1000/1 to a teasing 250/1 for the Ammies – currently third in the National League – to reach the promised land comes after the superstar joined his old Manchester United and Class of 92 teammates in investing in the club.

Such is Becks’ clout in Stateside that odds of just 14/1 are offered about him bringing any MLS player over the pond before the summer transfer window ends.

Despite that, SportNation.bet warn Salford fans not to get too excited by Beckham’s arrival, as it seems the 43-year-old will be involved from the stands rather than the dugout or the centre circle. Based on odds of 100/1 for Golden Balls to manage the club while it’s 200/1 he plays in a competitive match.

A SportNation.bet spokesman said: “Bookies believe that Becks could be the man to send Salford flying up the football league. The latest big name to get involved has seen the most dramatic odds movement to date and while the promised land of the Premier League could be a way off yet, we can’t rule out an MLS star following in Beckham’s footsteps.”

“However, don’t hold your breath on seeing a trademark Beckham free-kick at Moor Lane – it looks a long shot he takes anything other than a backseat approach.”

Salford City odds from SportNation.bet:
Salford to sign an MLS player: 14/1
Beckham to manage Salford: 100/1
Beckham to play for Salford: 200/1
Salford to become a Premier League side in the next 10 years: 250/1